Franklin Prayer House exists to create space for you to be at home in the presence of God and experience a rhythm of intimacy with Jesus.

Our mission is to be a collaborative expression of worship & intercession that blesses the heart of God, unifies our community, and advances the Kingdom here and now. Franklin Prayer House affirms the content of the Apostle’s Creed, the Nicene Creed, and the Lusanne Covenant Statement of Faith.

what to expect
Leadership team

The prayer movement in Franklin, TN goes back to the 1800’s and the Civil War.

Through a series of events, Edward M Bounds went from hated prisoner to beloved confederate chaplain. After the bloodbath at The Battle of Franklin, Bounds was taken prisoner and given the task of digging mass graves for the thousands of soldiers lost that day. As he dug he would sing, quote scripture, and encourage the other prisoners. After 2 weeks of this task, Bounds was set free as long as he promised not to take up arms again and returned to his home state of Missouri.

After the War, Bounds couldn’t stand to leave his comrades in a mass grave and returned to Franklin in 1865 to give each one a proper burial… 496 in total. He also hired grave-tenders and published the names of the deceased in Missouri newspapers. 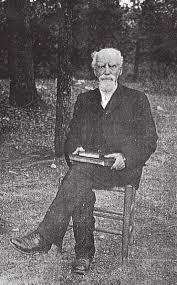 After the task was done, Edward and other believers felt a spiritual heaviness hung over Franklin, and he knew prayer was the answer. Bounds became a methodist pastor in Franklin and asked God for strategies to combat the darkness. Every Tuesday evening, E.M. Bounds and other men would gather in the town square and intercede on behalf of Franklin. Over the next months, Franklin experienced a spiritual awakening and Bounds’ church grew from a handful to over 500.

E.M. Bounds remains a model of surrendering to God and living like Jesus. You can read more about the life of Edward M Bounds in this essay.